Among the crests that have been handed down for generations in Japan, there are family crests that are now being used as logos.

Among the Kozuka owned by Mokumeganeya, there are some from the Edo period with family crests.

The origins of family crests go back to the aristocratic society of the Heian period, when natural motifs came to be used decoratively in clothing and furniture items, and repeated use of favorite patterns developed into that family’s emblem. Also, in the warlike society that preceded the Edo period, it is said that they were used to tell different Daimyo warlords apart, and to differentiate between friend and foe on the battlefield. Patterns were used that were simple and easy to distinguish from a distance. And as the merchant culture of the Edo period evolved, they came to be used more widely as Kabuki actors and townspeople competed to be fashionable.

Around that period, there was also a trend to go beyond the precious family crests that had been transmitted for generations towards a broader derivative use in which they were enjoyed as ornamental patterns.

It is said that the logo monograms seen on famous overseas leather products also have their roots in these Japanese family crest derivatives. 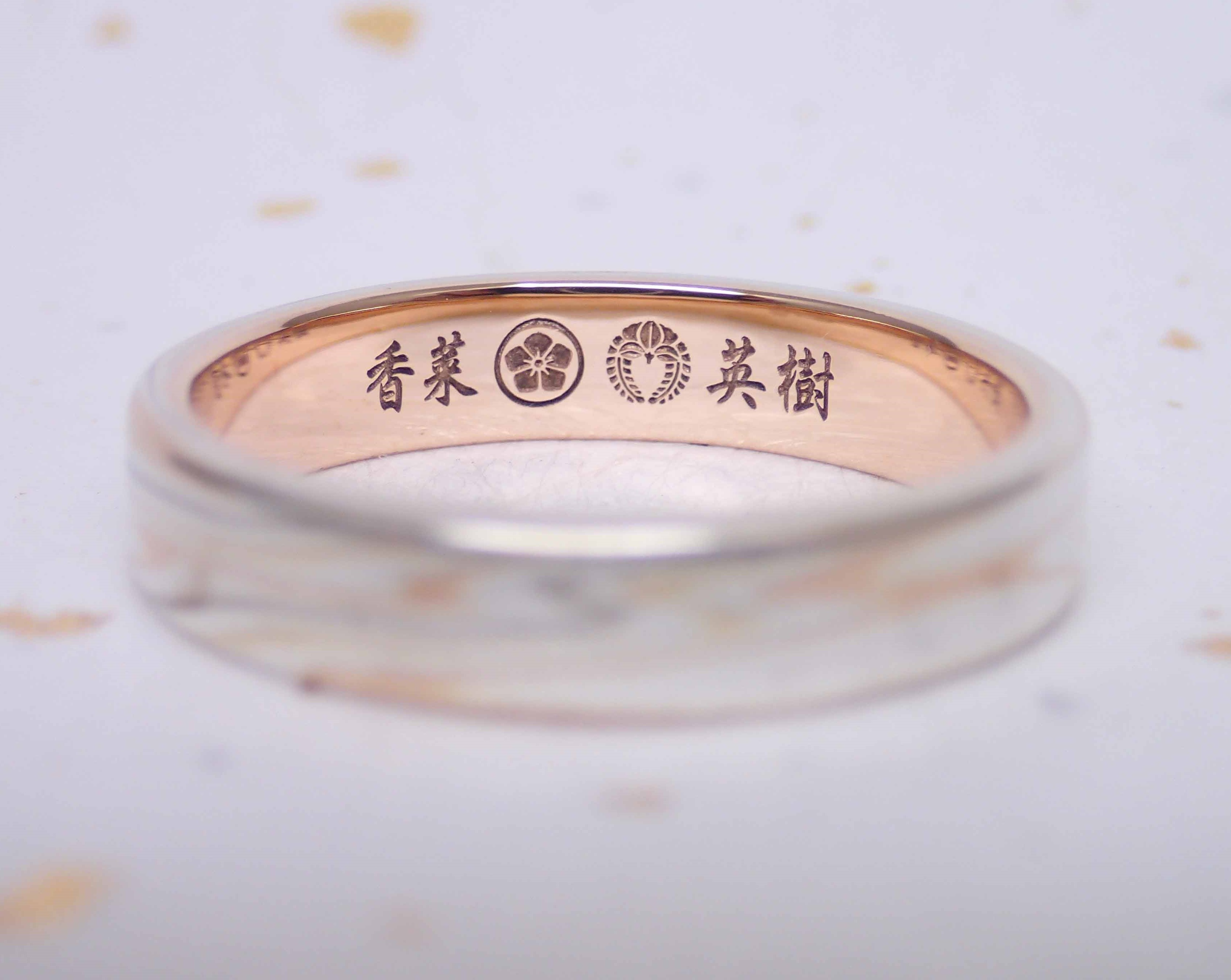 The kozuka that was introduced above can be said to be one such example of a family crest derivative. 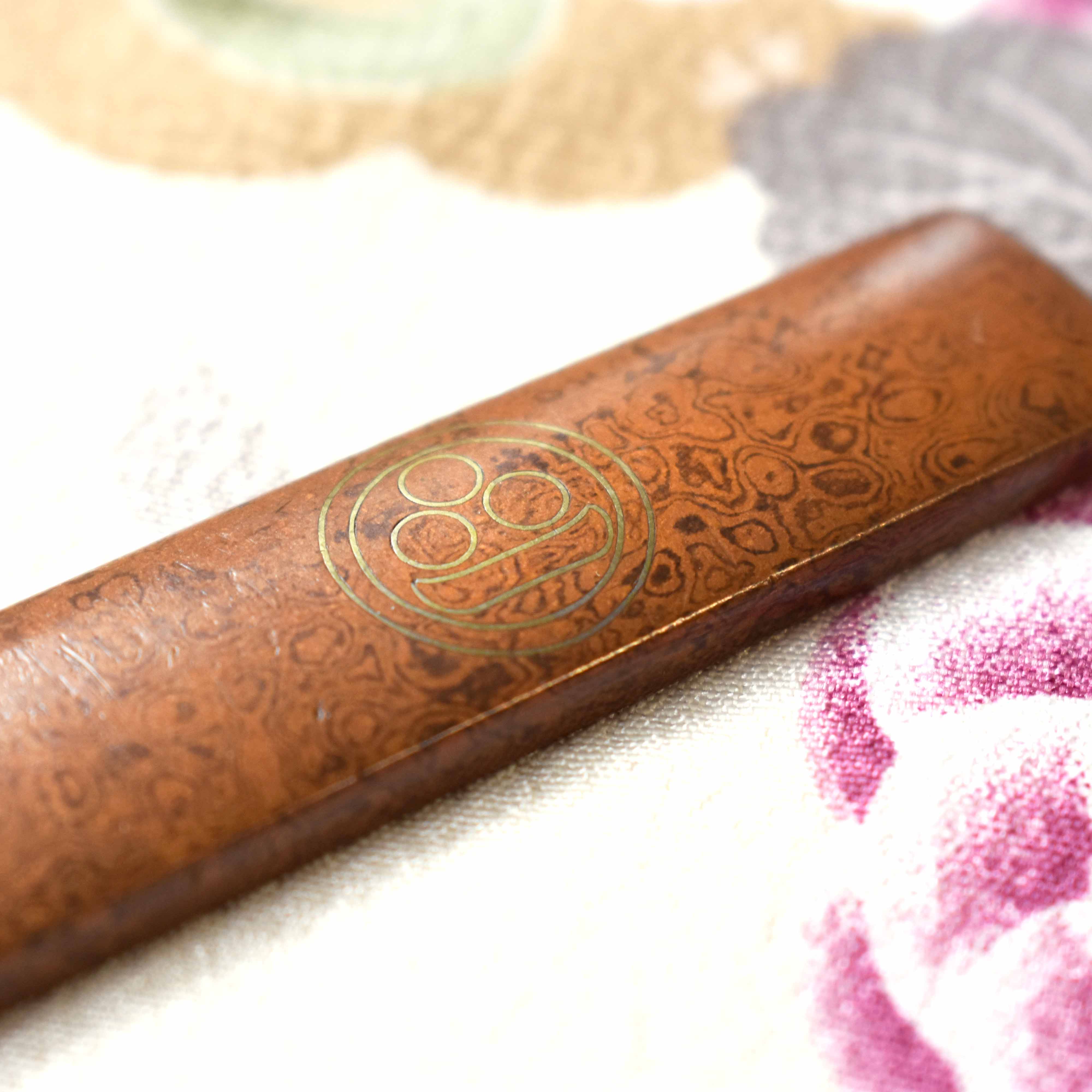 The two crests made of gold inlay in finely chiseled areas, stand out against the background of the complex and intricate Mokume Gane pattern. 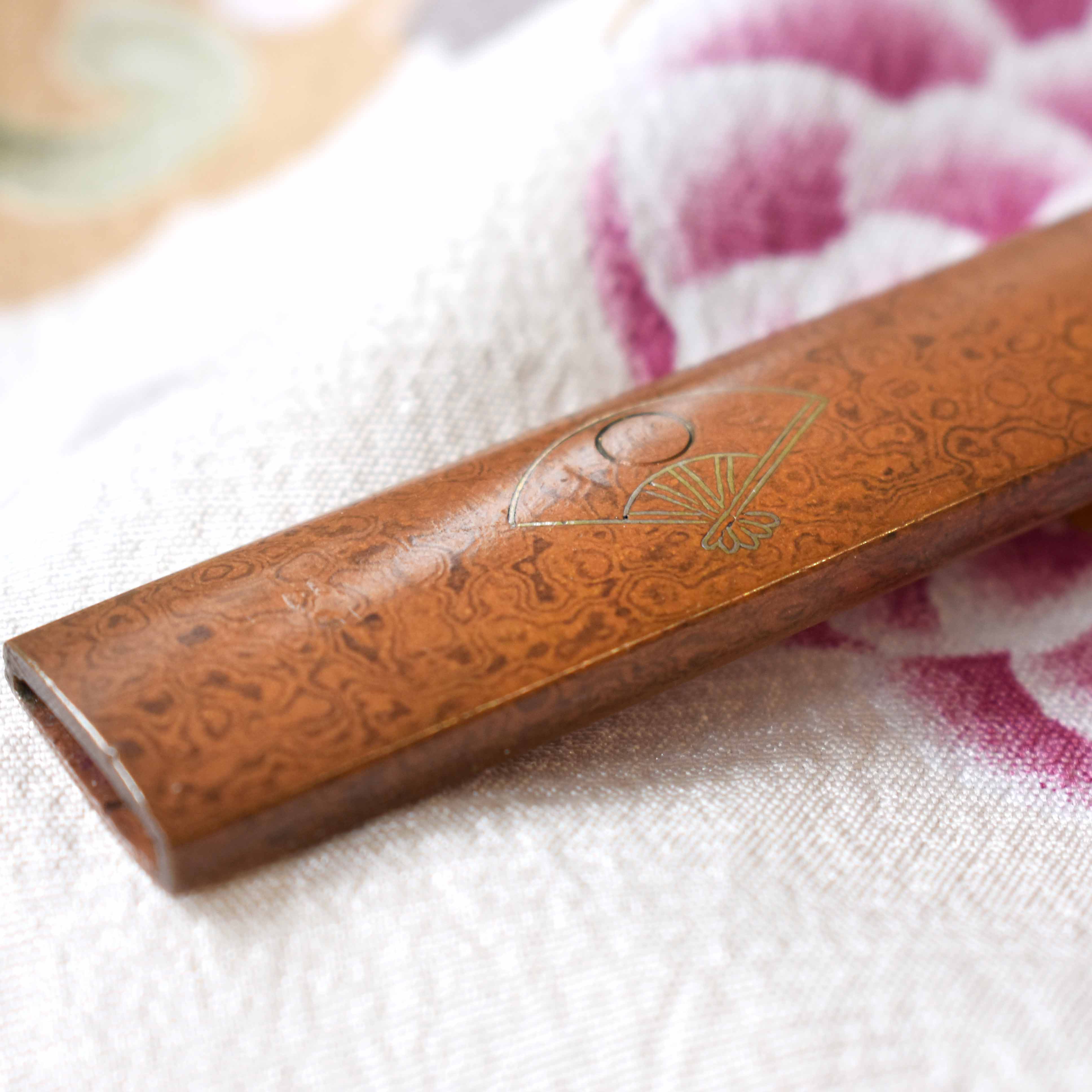 The fan pattern is the same as the family crest of the Satake Clan of Akita Prefecture for which the originator of Mokume Gane, Shôami Denbei, worked.

One can say that depending on how it is used, Mokume Gane can be either on the frontline or in a support role in decorative arts techniques.