Mokume Gane pieces such as sword guards have been collected as works of art by foreign collectors since the Meiji era. Many of these are now part of the collections of the world’s great museums. On this occasion, we would like to tell you about the Mokume Gane pieces which are part of the collections of the British Museum in London and the Ashmolean Museum in Oxford. 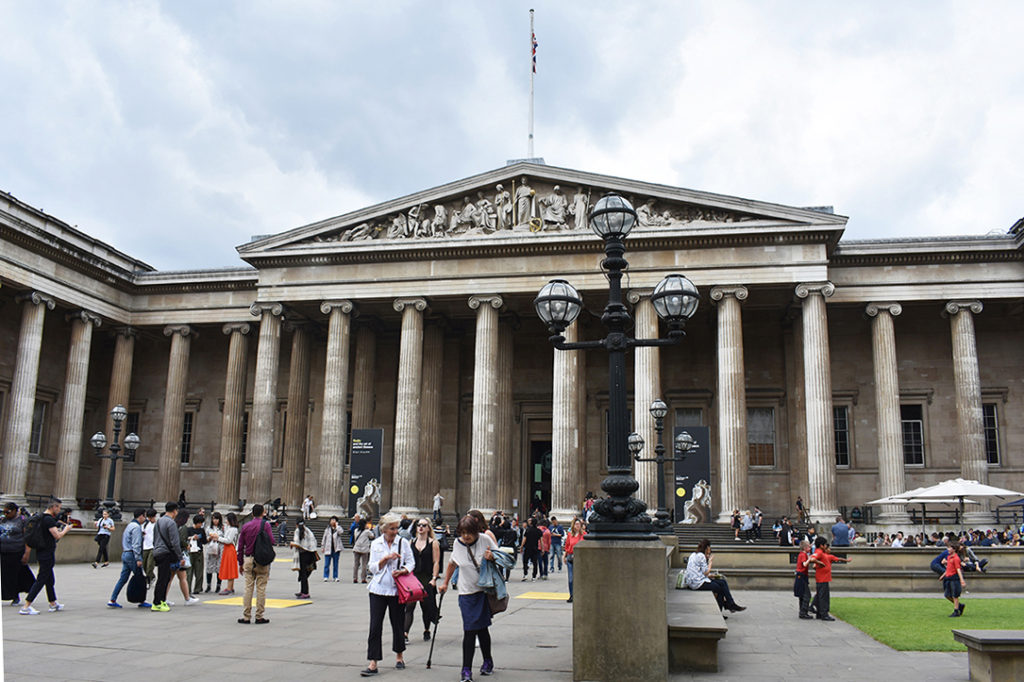 The British Museum is located in London, England, and boasts the largest number of collection pieces of any museum in the world. It holds about eight million pieces, including many excavated artifacts and works of art that were collected during the heyday of the British Empire in the 18th and 19th centuries. 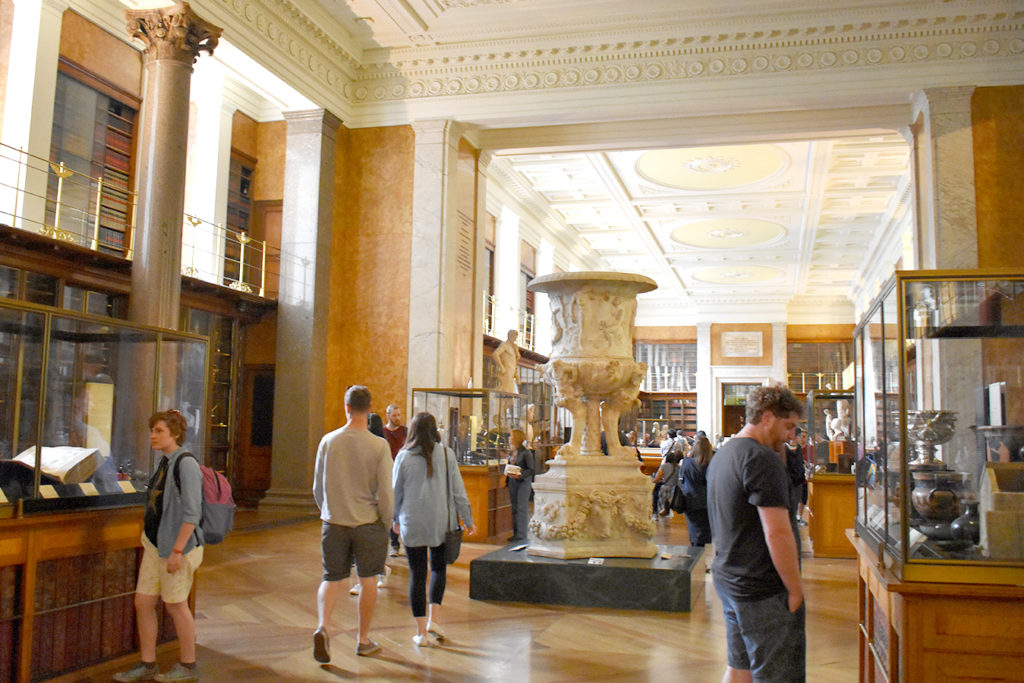 Many famous cultural assets and works of art are on display including the Rosetta Stone which played a major role in the deciphering of Egyptian hieroglyphics, as well as ancient Egyptian mummies and a Moai from Easter Island. 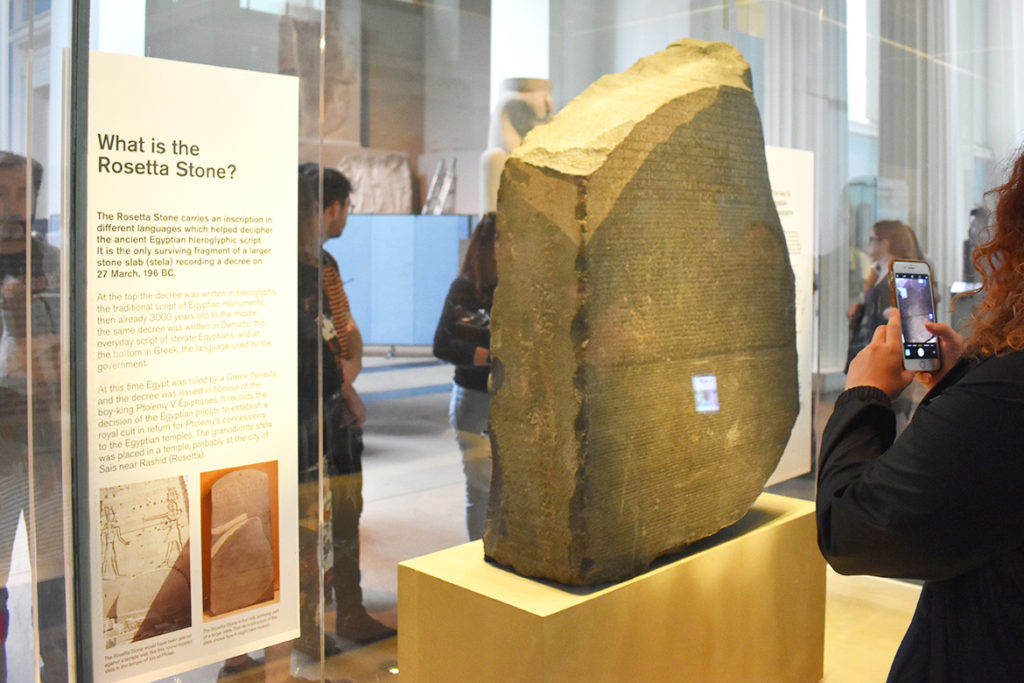 The Mokume Gane pieces which we determined to be in the collections of the British Museum are not normally on display but are kept in the storage vaults. These pieces came to be part of the British Museum collections upon the death of Collingwood Ingram (1881-1981). He was an ornithologist  and also a plant collector. During Queen Victoria’s reign, in the second half of the 19th century, he brought back many ornamental cherry trees from Japan and their beauty led to a boom. Mr. Ingram visited Japan three times, collecting Japanese cherry trees, a subject on which he became a global authority to the extent that his nickname was “Cherry”. So, he had a deep connection with Japan and became a great collector, particularly of netsuke, but also acquired Mokume Gane tsuba. It is possible that we were the first Japanese in almost a century who were able to admire these items that had crossed the ocean along with cherry trees.

We conducted this visit after obtaining permission from the Department of Asia for people from the Mokumegane Research Institute to come to England for a study visit. On the day we visited in mid-June, there were already many people gathered in front of the main entrance before opening time. Visits to the British Museum are free for people from all over the world, and there are boxes for donations. Much of the cost for the upkeep and exhibition of these precious objects comes from donations. We also made a contribution and then immediately headed to the designated place for our research at opening time.

We were a little nervous when we knocked on the door of the research department which is located beside the Asian art exhibition halls, but we were welcomed with a smiling face by Daryl Tappin. She is an assistant collections manager in care and access for the British Museum collections. She explained to us the outline of the warehouse and preservation methods, and she also gave us some details on other museums in Britain with Japanese collections. She was most kind and the day proved very useful to our research. 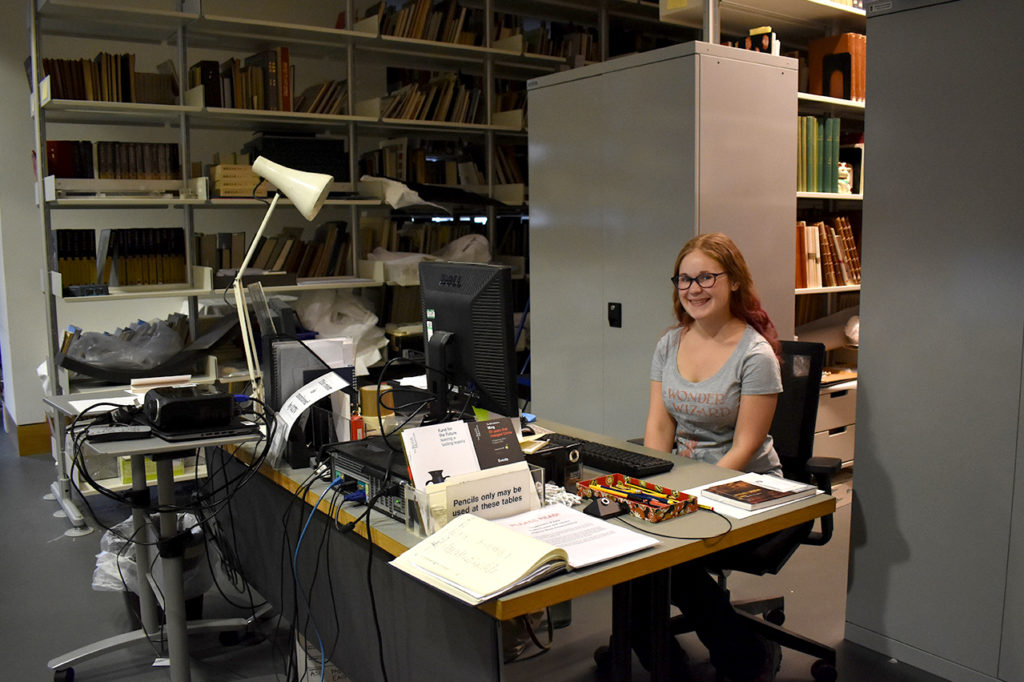 The table was entirely covered with felt so as not to damage any of the items, and there was a further layer of fine paper on top of the felt. There was a digital microscope and measuring instruments had also been brought in for us. We put on the rubber gloves that had been provided and started our research. 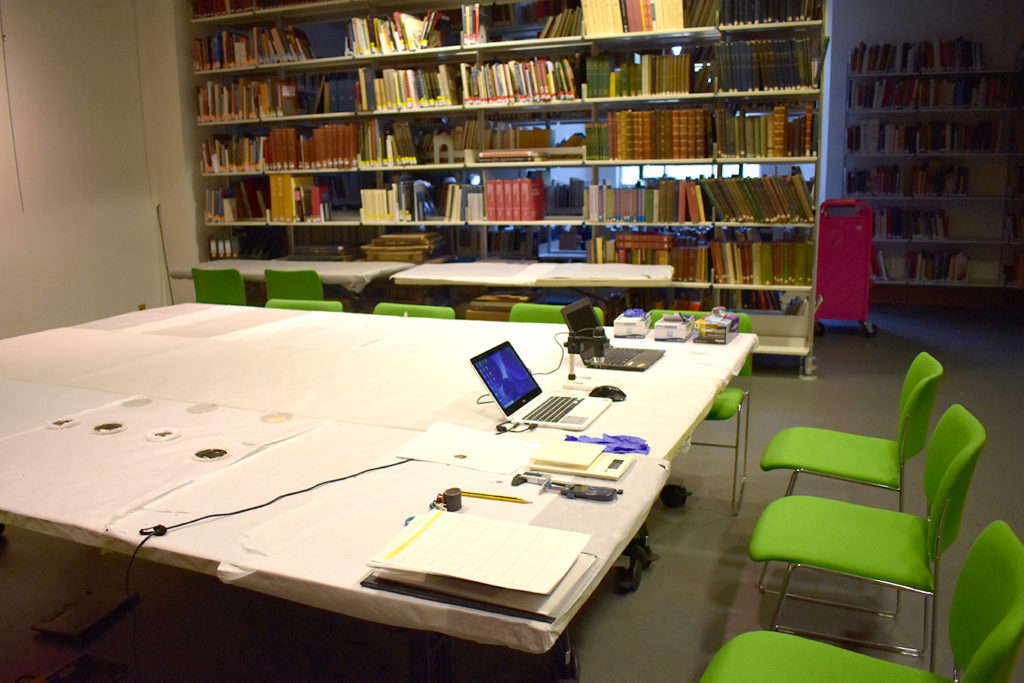 A sword tsuba made of Mokume Gane had already been displayed on a broad study table. There was one Mokume Gane tsuba as well as a tsuba with decorations similar to Mokume Gane. We experienced a moment of delight on seeing for real the Mokume Gane tsuba which we had only see through images on the web!

We were finally able to pick up the tsuba and take detailed measurements of its size and weight.  Many tsuba appear flat at first sight but they are made so that the central part is thicker, the thickness and hitsuana are measured radially in a total of 24 spots from the center of the tsuba to the rim. Every part was also photographed using the digital microscope. 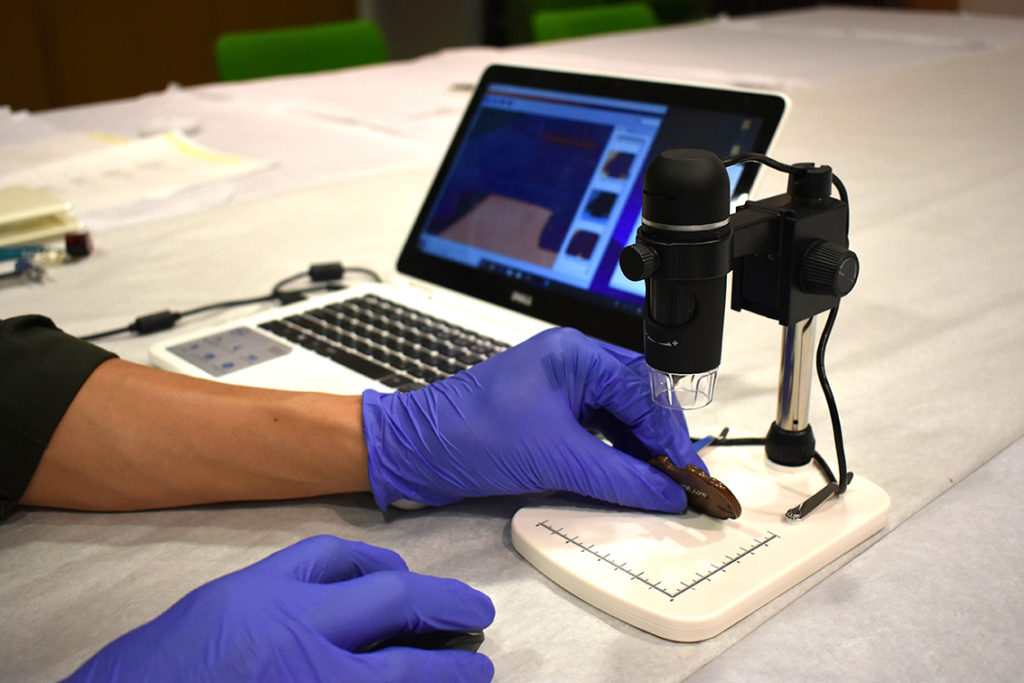 As a result of this, we made discoveries that had not been apparent from just looking at web photos! It is often the case that the fuchi portion of the surface and side of the back and front of the tsuba are made separately, but with this tsuba, the Mokume Gane sheet for the surface was worked, as is, for the fuchi too. You can probably see from the illustration how the Mokume Gane pattern continues on to the sides. It requires extraordinary technical skill to create the fuchi as though it had been wound subsequently, from one same sheet without breaking the Mokume Gane pattern.

In addition, what looks like flea-bitten traces on the surface and back of the tsuba was in fact produced by hammering a steel mold on top of the Mokume Gane sheet. This can be deduced from the way the Mokume Gane patterns is continuous. Furthermore, the inside of the molded pattern was decorated using a chisel with an indented tip called a nanako. Through close examination on this occasion, we were able to understand how the changes in the various types of flea-bitten traces were achieved by combining different sizes of mold, and admired this outstanding manufacturing technique.

Mr. Ingram who brought this tsuba to England was an ornithologist and a botanist. It is likely that he admired the delicate skill of the Japanese in showing nature, such as the patterns made with Mokume Gane and the flea-bitten expressions, and fell in love with them. Through our examination, we felt once again how truly outstanding pieces go beyond time and borders, in spanning the centuries.

At the Ashmolean Museum that we also visited in Oxford on this trip, there were seven Mokume Gane and guribori tsuba. All of them were extremely interesting, and they included decorative techniques that are not to be seen elsewhere. As the person in charge of Japanese art also showed us relevant documents and vaults, we will share details of these in further chapters!