During the late Edo period, sword craftsmen also put their hand to manufacturing everyday utensils used by townspeople such as portable writing sets (yatate) and smoking pipes (kiseru). Mokume Gane was also widely used in design during the Edo period. There are also numerous Mokume Gane works that were produced during the Meiji era for export or as souvenirs. This chapter introduces some such pieces from our collection. Please enjoy seeing some products other than the Mokume Gane sword tsuba that you are all familiar with. 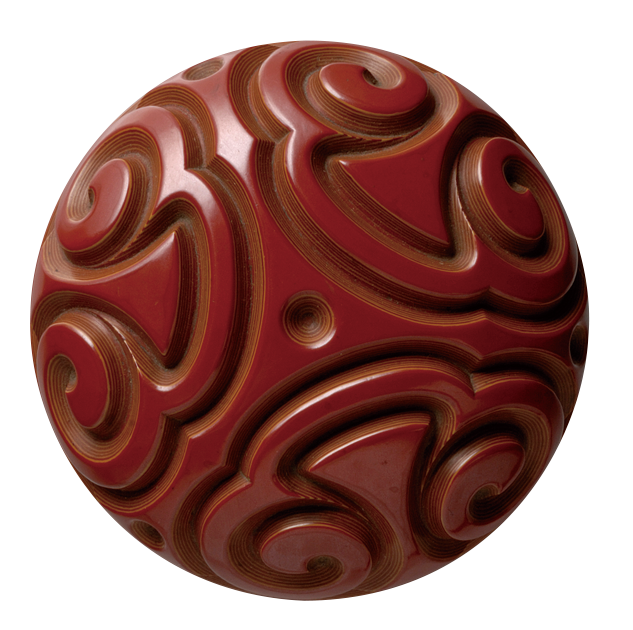 This piece is particularly decorative even among guribori works.
* Incense containers are used to store incense. These are used during the tea ceremony. 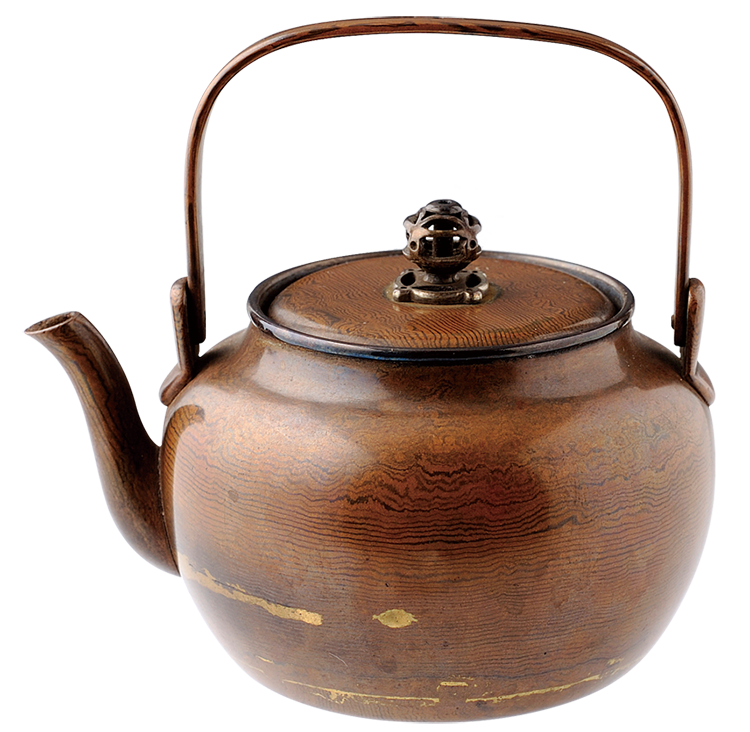 A cute small kettle
Entirely made of Mokume Gane, apart from the knob on the lid.

A Yatate was a portable writing set. Its small ink container made it possible to write with a brush when away from home.
Entirely covered in Mokume Hane. Even though it is standard in shape, the use of Mokume Gane gives it a natural feel. 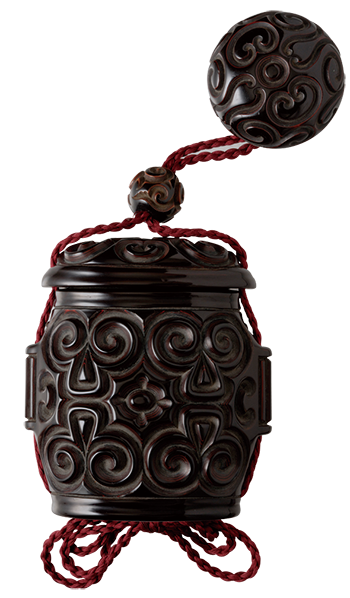 This is a very rare guribori tobacco box. Tonkotsu were used to carry tobacco. The origin of the name “Tonkotsu” remains unclear 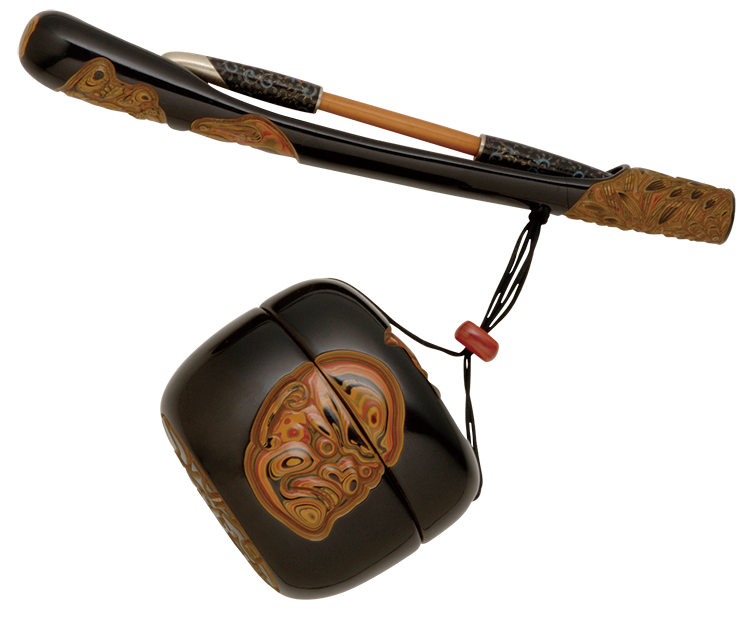 These are very unusual lacquer items depicting Gigaku masks
These rare pieces are the product of the culmination of guribori design. They are thought to be specially commissioned pieces ordered by an amateur who was a real dandy.

Two types of pipe that were made using Mokume Gane, damascening, inlaying, and carving techniques to give the effect of metal marquetry. Both the color combinations and colors are modern, giving them an air of glorious gracefulness.