In Chapter 10, we told you about our visit to view the Mokume-Gane tsuba at the British Museum in London. We shared the sentiment of those who, a hundred years ago, came across the tsuba in Japan and were moved by their magnificence and beauty. In this chapter, we will tell you about the Ashmolean Museum in Oxford which we also visited on the same trip.

The Ashmolean Museum is located in Oxford which is about an hour by train from London. As you all know, the town of Oxford is where the University of Oxford, a world-class institution on a par with the likes of Harvard University, is located. It has a college system whereby students and teachers live and study within a college, of which there are 39 making up the university. Their buildings are spread across the center of town, boasting gothic architecture going back to the 12th century. The overall impression is of great history and overwhelming beauty. 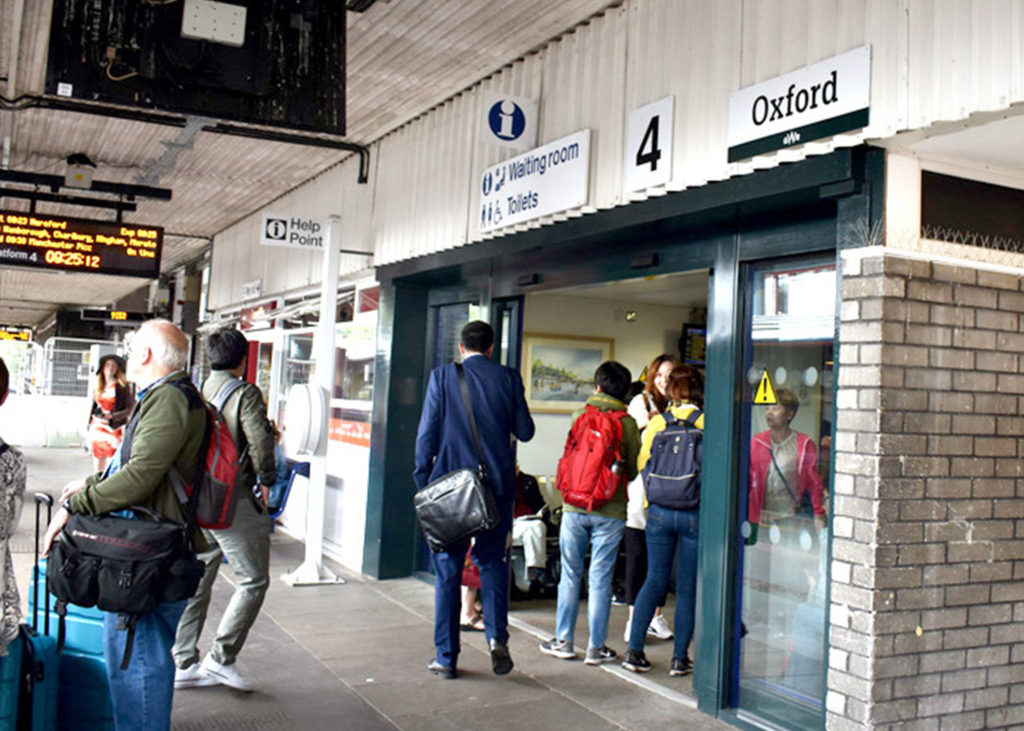 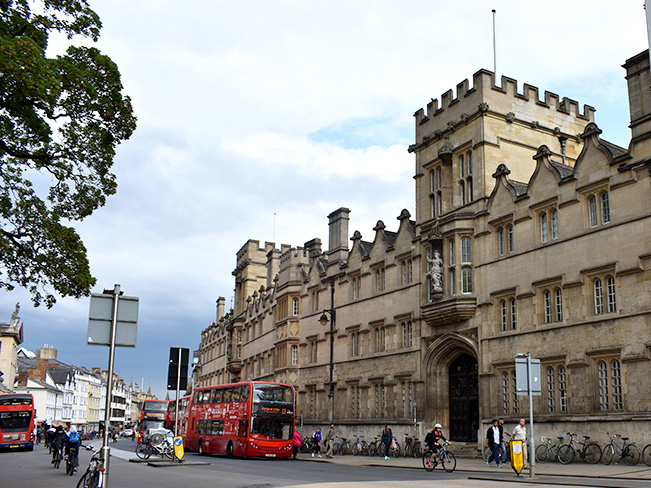 The Ashmolean is the museum of the University of Oxford. It is the oldest university museum in the world, having been founded in 1683. Its collections are very broad ranging including everything from Egyptian mummies to contemporary art. There is also a Japanese collection which even features a tea ceremony room! There is an actual tea ceremony held there once a month, and it always draws a big crowd.

Let us move on to our study of the mokume-gane tsuba in their collection. We had contacted the curator of Japanese art in advance, and we were to view three mokume-gane tsuba and four guribori tsuba. Museum curators in Europe and North America have great academic knowledge, study the items in the collections, and are in charge of planning exhibitions. They are on a par with university professors in Japan.

We were met on the day of our visit by Clare Pollard, the Curator of Japanese Art. Her specialty is Japan’s Meji era crafts but she has broad knowledge of Japanese art as a whole. She was a delightful, smiling lady who spoke Japanese and had conducted her own research at the Tokyo National Museum in the autumn of 2000. In addition to showing us the tsuba that day, she also took us around the vaults and exhibition halls, and we ended up spending an entire day there.

The various pieces were laid out on a table covered in felt and a layer of silk paper to avoid scratches, as had been the case at the British Museum. 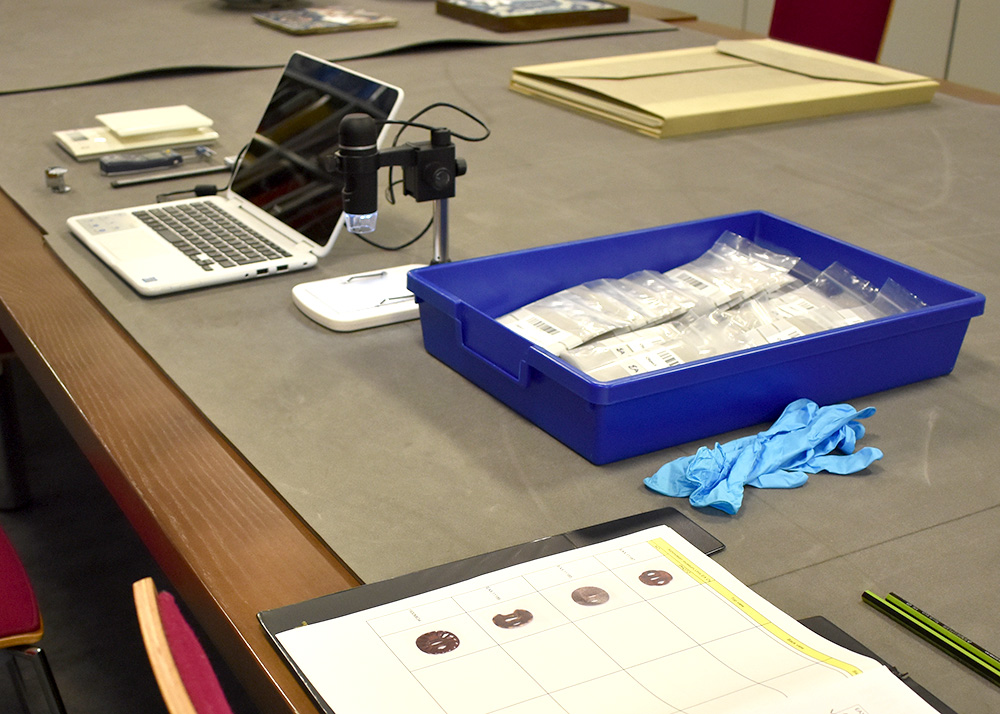 We were finally in the presence of the actual pieces and started examining them and taking measurements. We began with the three mokume-gane pieces.

This is a rather small mokkô-shaped tsuba. It was probably for a small sword. The color on the tsuba is outstanding with a bright red copper achieved by niiro-chakushoku with copper sulfate. The other color is black shakudo (a combination of silver and copper). The beautiful mokume-gane pattern carved out on a small surface makes it a very interesting piece.

A large tsuba covered in countless round wood grains. It alone weighs 123.5 grams, hinting at a pretty heavy sword overall. It is very similar to a tsuba in the collection of the Baur Foundation Museum in Switerland.

This is a highly unusual decorative tsuba. It is a tsuba that required a great deal of work, with the main mokume-gane part in three colors to which another metal was affixed, and the rim of the fuchi also being in three colors. One can but wonder about the dandyish samurai who owned it, and his flamboyant taste!

The time just flew by as we examined the pieces, measured them and took detailed photos.

We will tell you about the four guribori pieces and visiting the exhibition halls in the next chapter!