After winning the Good Design Award in 2015, “Tsunagaru Katachi” (linked shapes) went on to receive a Red Dot design award in 2016, one of the three most prestigious product design awards in the world. 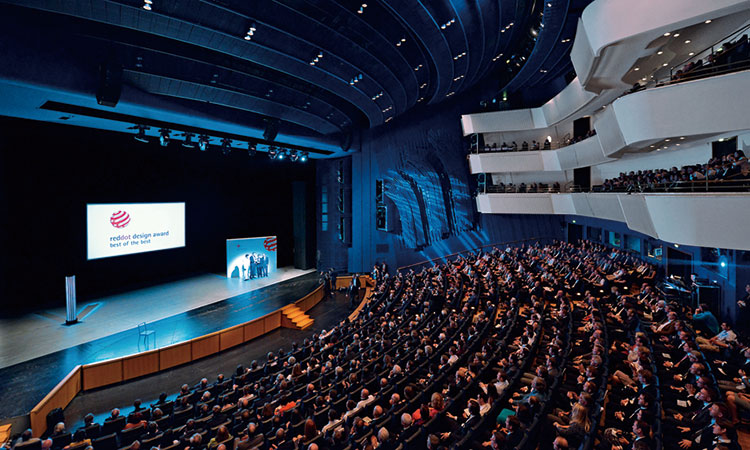 Presentation of the awards ceremony

There were 5,214 entries from 52 countries for the 2016 Red Dot design awards, with 1304 winners. Major global companies such as Apple, Nike and Dyson have been frequent recipients of the award in the past. Winners from around the world gathered at the awards ceremony. The winning products, including the “Tsunagaru Katachi” wedding rings, were on display at the Red Dot Museum which is housed in the redesigned decommissioned Zeche Zollverein Coal Mine Industrial Complex in Essen, which is a UNESCO World Heritage site. 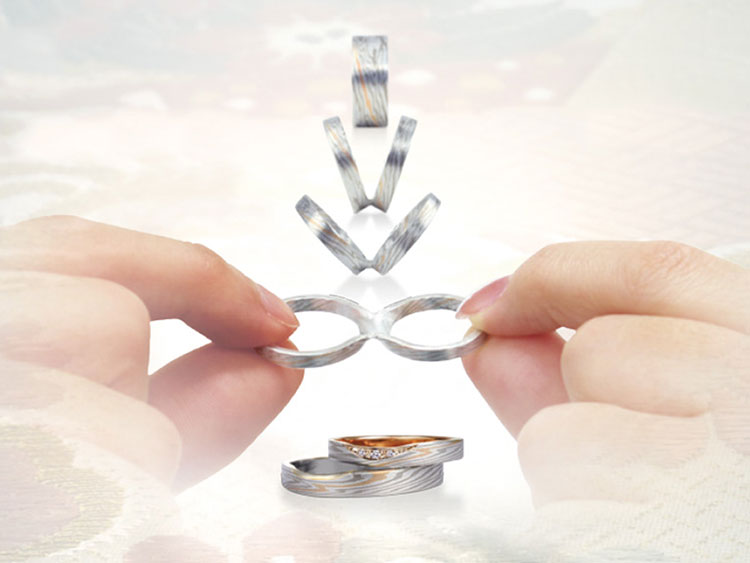 On the occasion of attending this award ceremony, we also visited Germany’s Museum für Kunst und Gewerbe Hamburg (museum of fine, applied and decorative arts). Hamburg is Germany’s second largest city, after Berlin. The central theme of the museum, which has a 140 year history, is to be a “museum for arts and industry.” The museum has an ongoing perspective on design as it has evolved apace with technology. 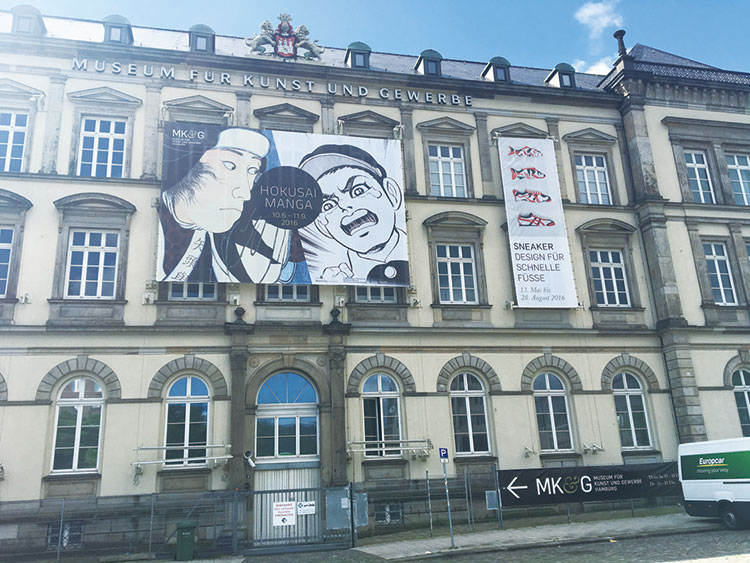 The museum’s approach is to display old and new art and design under the same roof, for the benefit of today’s artists and crafts people. At the time of our visit, there were exhibitions of Nike shoe design as well as Hokusai’s “Manga.” 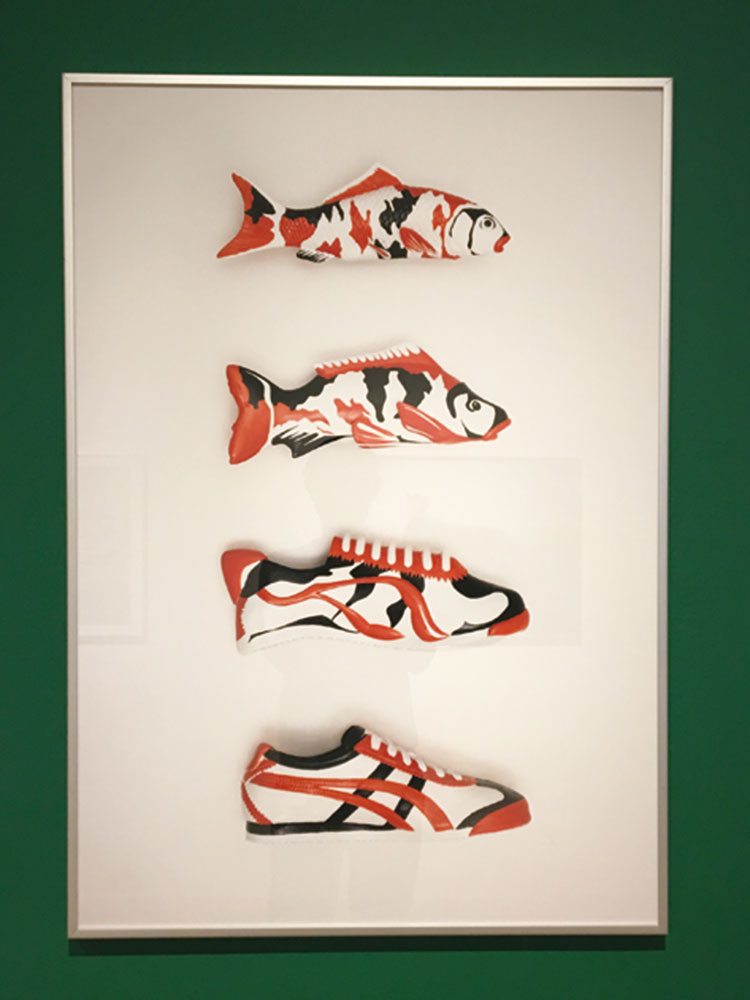 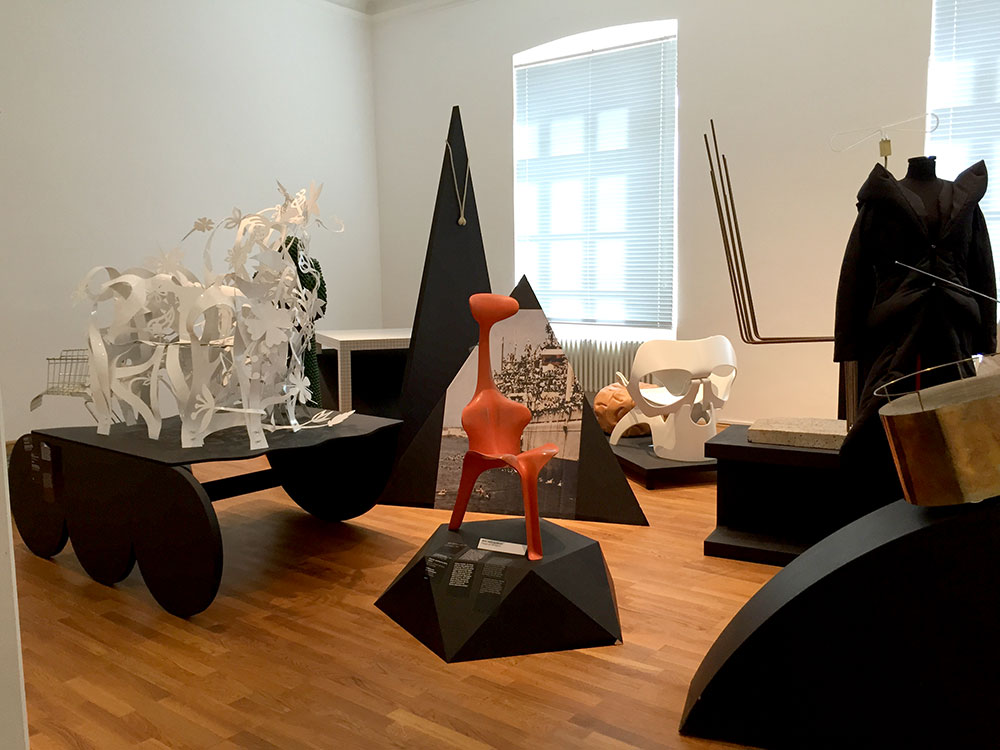 The permanent exhibition is modern in feel

The aim of this trip was to visit the museum’s far eastern collection. There were many swords and tsuba on display, and there was also a tea ceremony room. 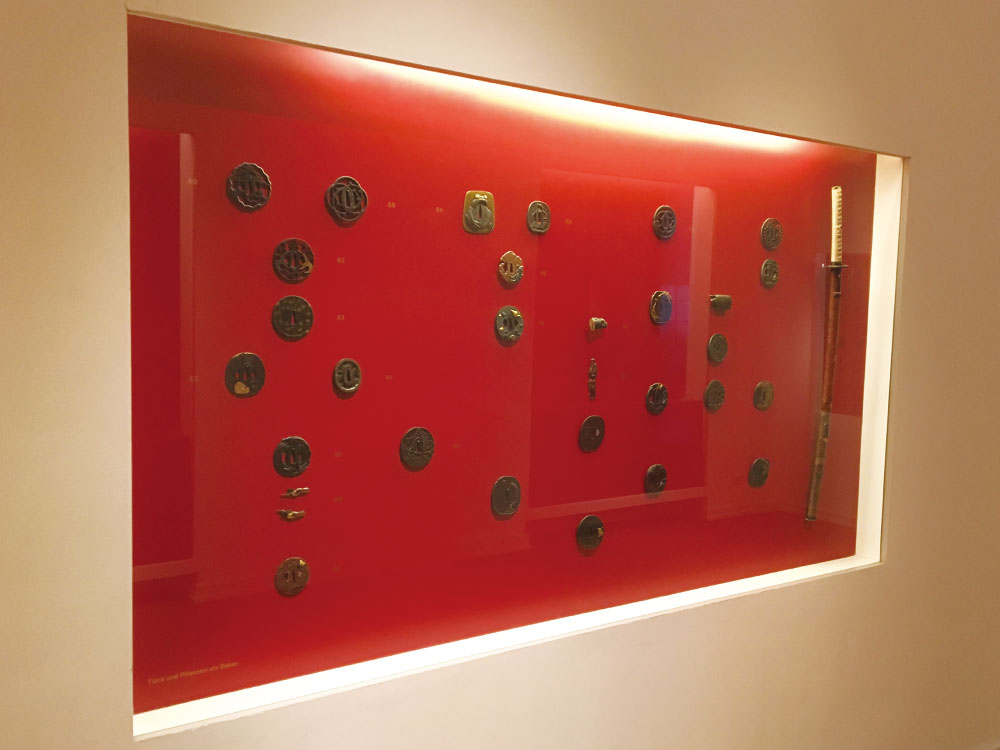 The permanent exhibition of Japanese works

The museum has one of the world’s leading collections of art nouveau, which was heavily influenced by Japonisme, reflecting its direction. Guribori pieces are on show in the Far Eastern portion. These are the lacquer guribori works that are at the origin of Mokume Gane. 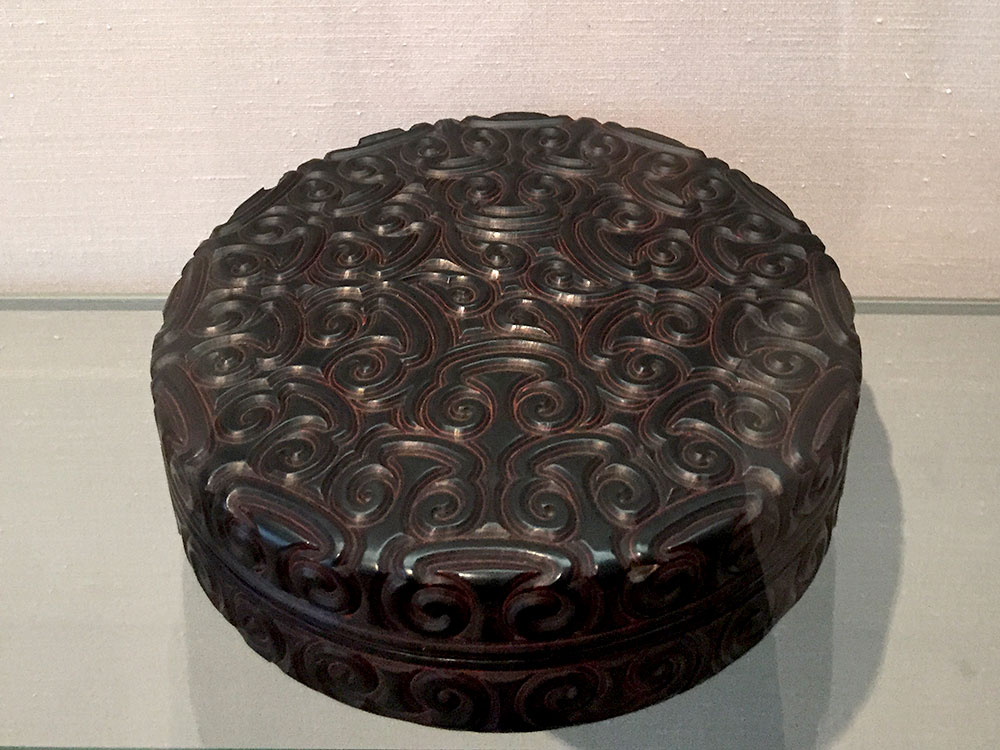 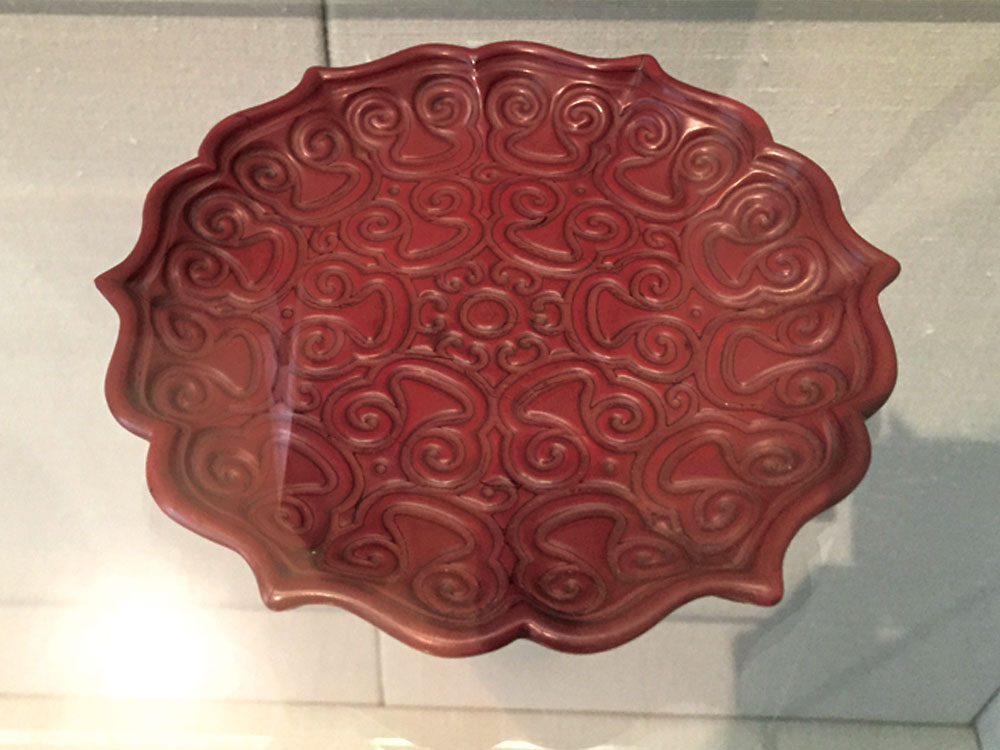 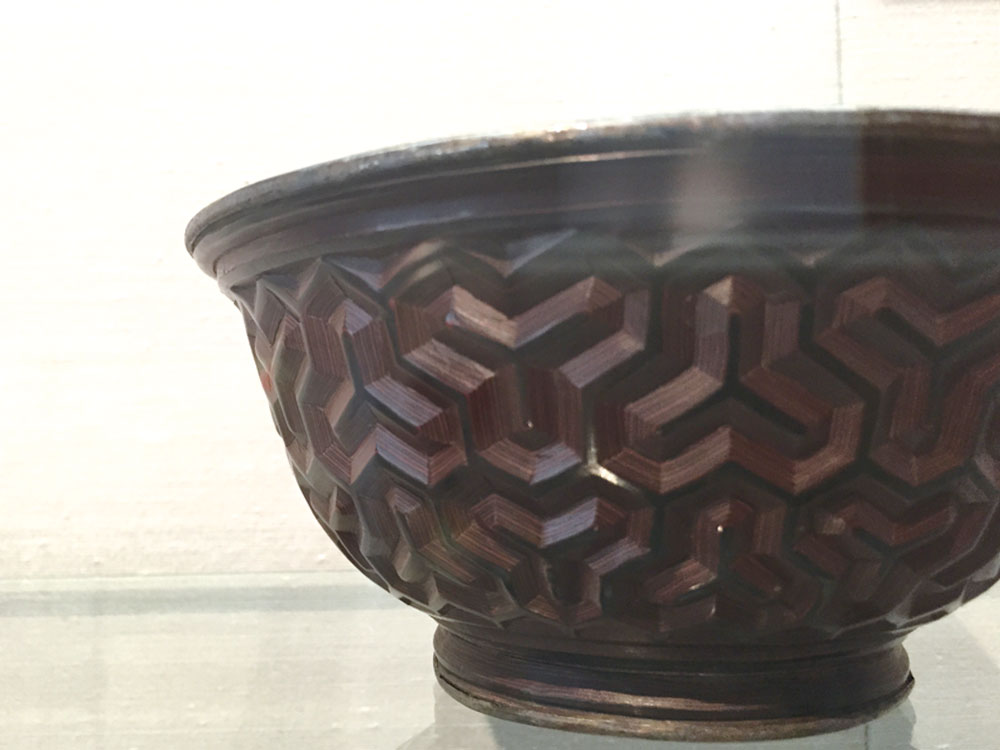 The feeling from seeing the combination of eastern and western, of old and new, in this museum was very much in the spirit of “Tsunagaru Katachi” (linked shapes). It is the power of present-day works that are the result of the fusion of tradition and innovation. Mokumeganeya will continue to adopt this approach in what it makes.